Obligation to state reasons for the tax 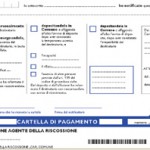 The Court of Cassation, sez. THERE, by order No.  8934 of 17.04.2014 said that the payment issued by the collection Agent must always be justified in specific and detailed manner, in such a way that the taxpayer is put properly aware of the reasons underlying the forced recovery of the tax credit and can therefore hold the folder before the competent courts.

In particular, the S.C. ruled that the tax that is not preceded by a motivated notice of assessment, must be substantiated so appropriate, sufficient and intelligible, this obligation resulting from the General principles set out, for each administrative regulation, art. 3 of law No. 241 of 1990 and incorporated, for tax matters, art. 7 of law No. 212 of 2000, as already stated earlier by the same appeal, by judgment No. 26330 the 16.12.2009.

In the latter decision, the Court had in fact already stated as "in accordance with the policy of the Constitutional Court (cf.. 229/99 judgment and Decree 117/00), this Court has had occasion to point out, with jurisprudence from which there is no reason here to depart, that the requirement of a fair, just and understandable reasons cannot be restricted to the tax assessment notices (for which this requirement is now expressly enshrined in art. the second paragraph 71 bis of Legislative Decree November 15, 1993, no. 507, paragraph added by art. 6 d. Lgs. January 26, 2001, n. 32), given that the folder must be regarded as still apply general principles shown for each administrative regulation art. 3 August 7, 1990, law n. 241 (then transposed, for tax matters, art. 7 July 27, 2000, law No. 212), setting, a different interpretation, incurable conflict with articles. 3 and 24 c, all the more so when that folder has not been preceded by a motivated notice of assessment (formerly plurimis, Cass. 15638/04) ".

The shareable Cassation orientation above clarifies the principle that when the payment is to be the first Act received by the taxpayer through which a request is made (or, more accurately, notice) for payment of a tax debt, the latter must be substantiated so specific and detailed.

And that contrary to what is still the vast majority of cases where the folders are pre-compiled format that contain motivations limited to mere normative references and guidance on synthetic nature of the claim.

It is clear that the lack of a comprehensive and understandable motivation undermines the right of the taxpayer to know the logical and legal proceedings followed by financial administration, with inevitable consequences in relation to the possibility to react, at the relevant forums, efficiently structured and potentially illegal acts or otherwise incorrect.

This website uses cookies to improve your experience while you navigate through the website. Out of these, the cookies that are categorized as necessary are stored on your browser as they are essential for the working of basic functionalities of the website. We also use third-party cookies that help us analyze and understand how you use this website. These cookies will be stored in your browser only with your consent. You also have the option to opt-out of these cookies. But opting out of some of these cookies may affect your browsing experience.
Necessary Sempre abilitato
Necessary cookies are absolutely essential for the website to function properly. This category only includes cookies that ensures basic functionalities and security features of the website. These cookies do not store any personal information.
Non-necessary
Any cookies that may not be particularly necessary for the website to function and is used specifically to collect user personal data via analytics, ads, other embedded contents are termed as non-necessary cookies. It is mandatory to procure user consent prior to running these cookies on your website.
ACCETTA E SALVA
Return To Top
2023 Studio D.G. Consulting
Sede: Piazza Pietro Merolli · 2 Roma · ItaliaTelefono: 0692948364informazioni@studiodgconsulting.it